CHARLESTON — A Kanawha County couple has been honored for their commitment to family, community and the Mountain State.

State Fire Marshal Ken Tyree and his wife Leona were named Distinguished West Virginians during a Tuesday ceremony at the state Capitol. Chief of Staff Mike Hall presented the awards on behalf of Gov. Jim Justice.

The Tyrees met while serving together in the U.S. Air Force. They married in 1985, and started their family while stationed in Turkey. So far, they have brought their love into the lives of 13 biological and four foster children.

Before his appointment as state fire marshal in January 2015, Ken Tyree served the city of Charleston for nearly 21 years as a firefighter. He retired as a captain and the city fire marshal. He is a member of numerous state, national and international fire service organizations.

Tuesday’s event was a surprise for the couple, with six of their children on hand for the ceremony along with numerous other family members, deputy fire marshals and Department of Military Affairs and Public Safety Secretary Jeff Sandy. 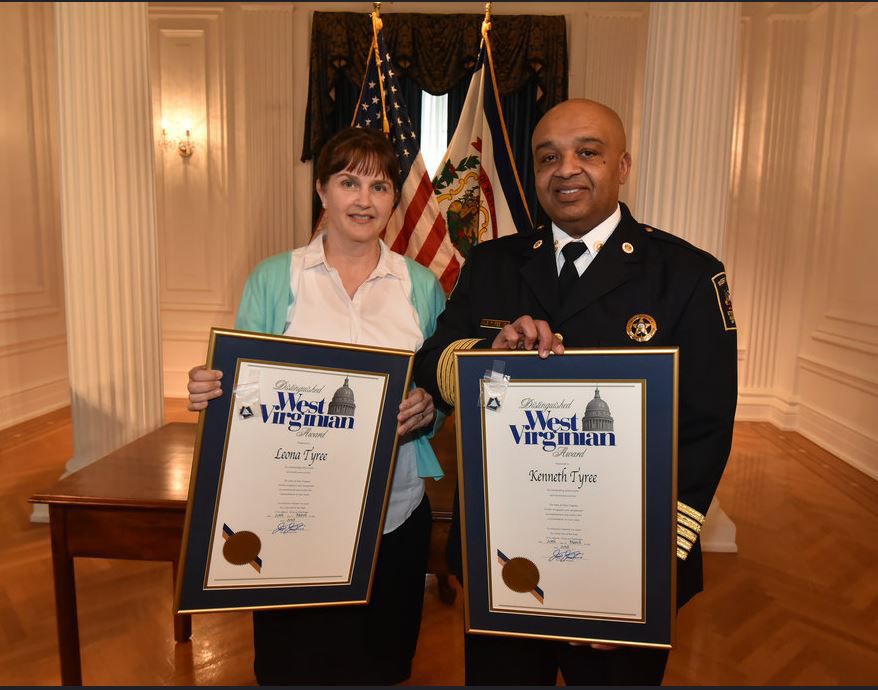